Well, last weeks bicycle camping was a rounding success.  My 2 companions complained of sore posteriors afterwords, but all in all, it was tremendous fun.

We were getting close to the campsite as the sun was setting. 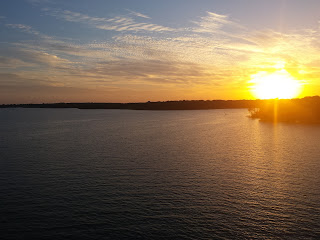 My companions and I on a bridge. 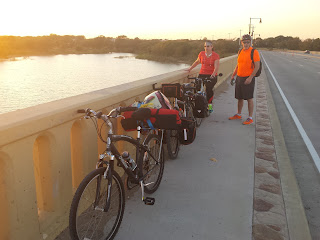 Our camp was set up in a short amount of time. We stopped for food first, so had to set up in twilight. 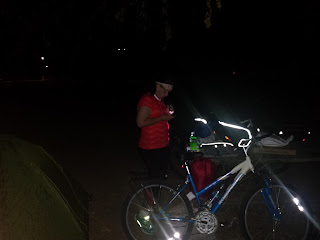 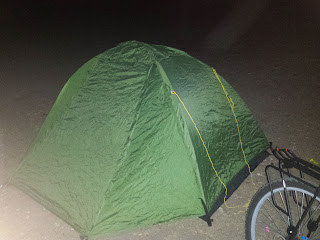 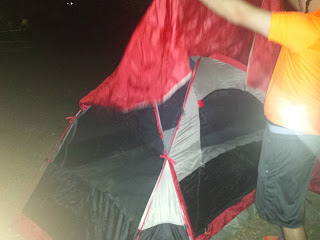 The morning after. Getting some breakfast and getting ready to head out. 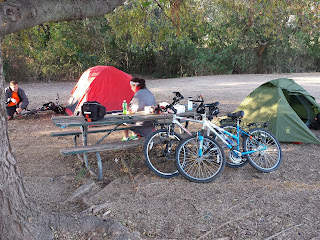 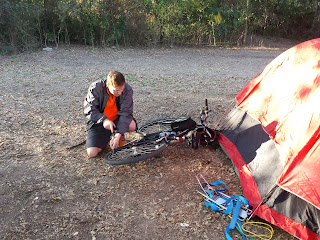 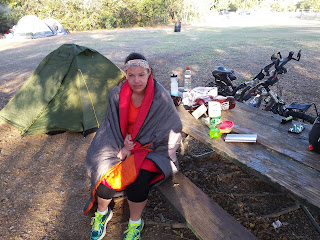 I can hardly wait for the next trip!

This one was a total ride of about 30 miles.  Next time we're going to go a bit further. Maybe we'll take a week and take a ride to Oklahoma.
Posted by Egroeggnik at 6:07 PM No comments:

So, I took the Jamis to the local bike store to have it appraised, and get a list of suggested maintenance.  The bike shop said that in it's present condition, the bike wasn't worth $100, and the list of suggested repairs was over $200. Add to that the price to replace the damaged parts I mentioned earlier, and it quickly became a money pit.

They recommended a new shifter (the old one was so worn it wouldn't shift reliably), chain, cassette, tires and cables.  They also suggested a new stem, new saddle and new bars due to damage.

So, I ended up getting a new-to-me bike. 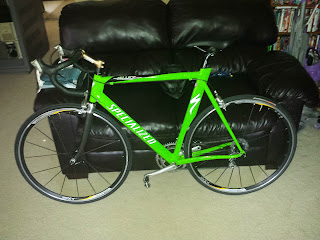